The earliest recorded residents of the Northbrook area were the Potawatomi tribe under Chief Shabbona. In 1833, the tribe ceded their land in Illinois and relocated near Council Bluffs, Iowa. Joel Sterling Sherman and his family bought 159 acres in what we now know as Northbrook’s Central Business District for $1.25 per acre. Soon after, the area was named Shermerville after Mr. Frederick Schermer who donated the land for the first railroad station (Schermer Station and later Shermer Station). By the 1870s, the region was a farm town with well-established brick yards which prospered during the rebuilding that followed the Great Chicago Fire in October 1871.

In 1901, following a close referendum, the town was incorporated as Shermerville with about 60 homes and 311 residents. By 1921, residents felt that the Shermerville name had a bad reputation and a naming contest encouraged Edward Landwehr to submit the new name of Northbrook. In 1923, when there were about 500 residents, Northbrook was adopted as the official name.

Northbrook grew rapidly after World War II when subdivisions were first developed. In 1940 the population was 1,265 and by 1960 that number increased to 11,635. The completion of a water line from Lake Michigan to Northbrook's water treatment plant stimulated additional growth. By 1970, the population reached 25,422.

To see which school district your property is located in, use the Village’s Know Your Neighborhood tool. 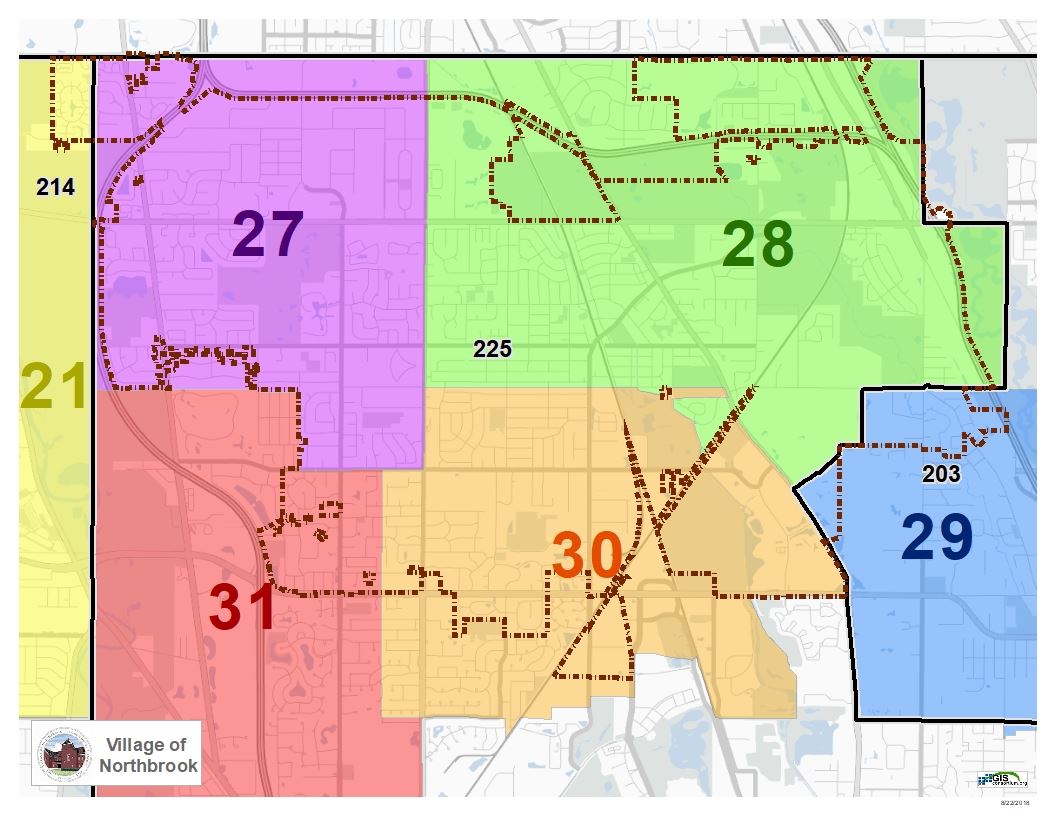